Less than 24 hours after getting it we were up at the Buffalo Creek group camp for two nights to do some mountain biking, then home for 2 nights, which allowed a trip to the Container Store. We then went on to the Royal Gorge area near Canon City for a two-nighter with friends that also have a TT, and got to enjoy not sitting in a tent in the rain. After two days of mountain biking I let our friends with the Lance 1995 (our other ‘favorite’ trailer) take my lovely wife back home, and I then went on to southern Utah to shoot for a week. This would be my first real test for the trailer—in particular, the solar—to see if it could keep up with charging camera batteries and using a laptop for several hours a day.

We started with 30 gallons of fresh water and empty grey and black tanks prior to departing for Canon City, and I didn’t run out of water or power, nor fill a tank in the 9 days I was out (boondocking only). Southern Utah was about 90° each day, thus the Fantastic Fan ran throughout the daylight hours. Didn’t need heat of any sort for 7 days, even at 9000’ in the Uncompaghre NF above Ridgway, CO on the way home. After hearing the myriad black water horror stories, I approached my final task with some trepidation, but my first trip to the local dump station back home went smoothly (luckily!). $10, well spent.

A few notes about our first set of trips with the ‘recently-released’ 2020 [email protected] BDL:

In general, everything worked well, although a Fantastic Fan Model 7350 should be standard for factory solar installs, as to use the solar you need to park in the sun, parking in the sun often requires ample use of the vent fan, and solar implies you are trying to limit your energy usage. Also, the Alde control panel should have a battery backup as standard, since losing your settings every time you cycle the battery off (for the stupid Jensen bluetooth connection!) is inane. I unplugged the monitor the day we got the trailer to mitigate phantom drain, and will likely install an on-off switch (for the Jensen control unit, as well). Would love it if all the lights had dimmers, too, but that is mostly a consequence of my wanting to preserve my night vision for shooting. Did have the bottom-left corner of the side window shade pull out from the wall, but that should be an easy fix once I figure out how to release the corner trim piece to access the screw. Oh yeah, and the rear USB ports do not work, despite a USB tester indicating they are putting out 5v.

This thing is as rock-solid as I’d hoped for the backroads travel that I often do, and it was a very comfortable, efficient mobile office (for one person). For two people it is a bit more challenging, but I know many of you are in smaller trailers with two people and do just fine. You definitely gotta like that other person.

Milky Way over Castle Butte in Valley of the Gods, near Mexican Hat and Bluff, UT:

Moving trailer to near Battleship Rock, wildflower bloom was impressive! 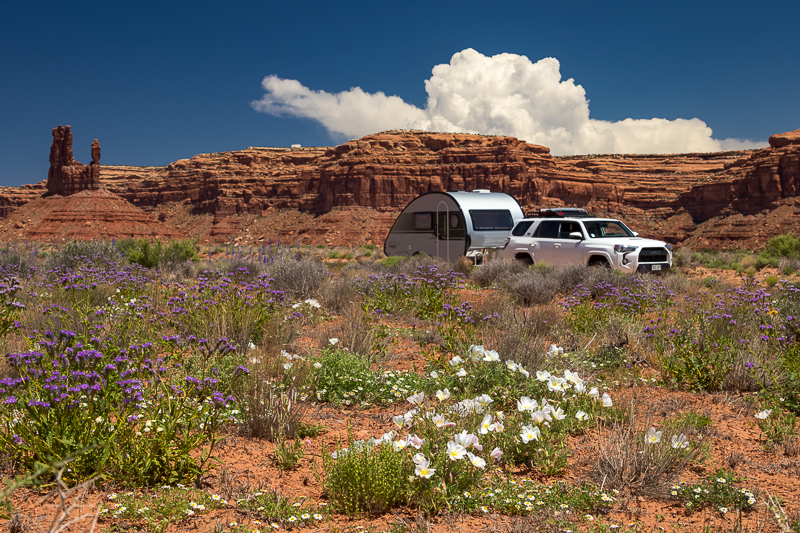 That was a 'fun' parking job (Battleship rock on left, Castle Butte in distance): 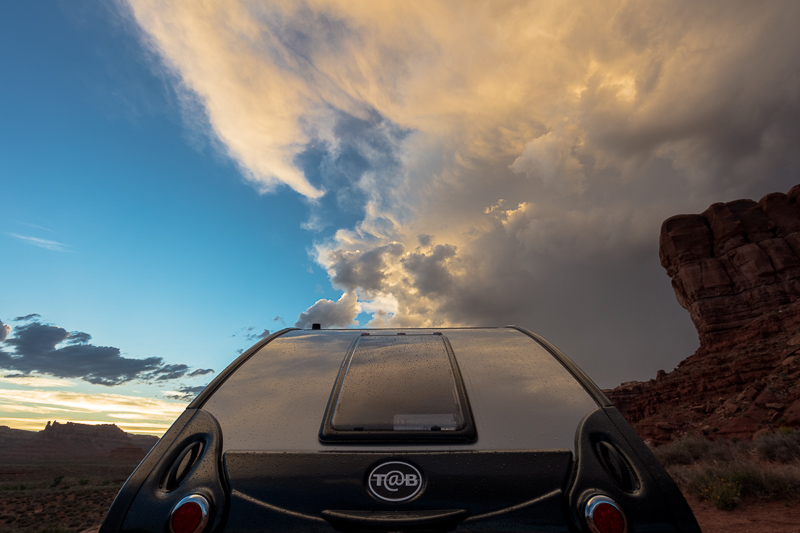 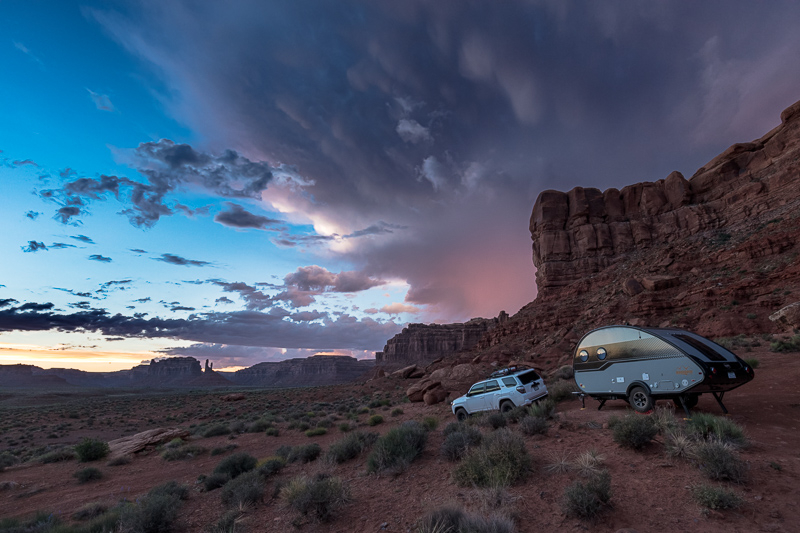 At Glen Canyon NRA; Goosenecks and Monument Valley in background: 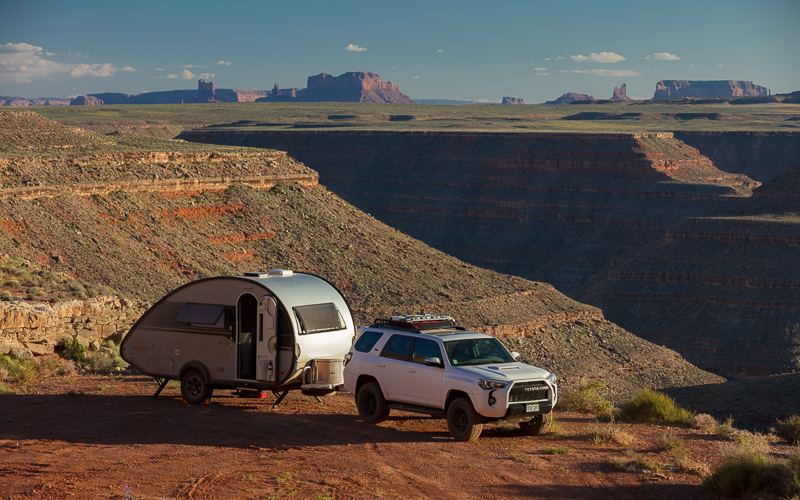 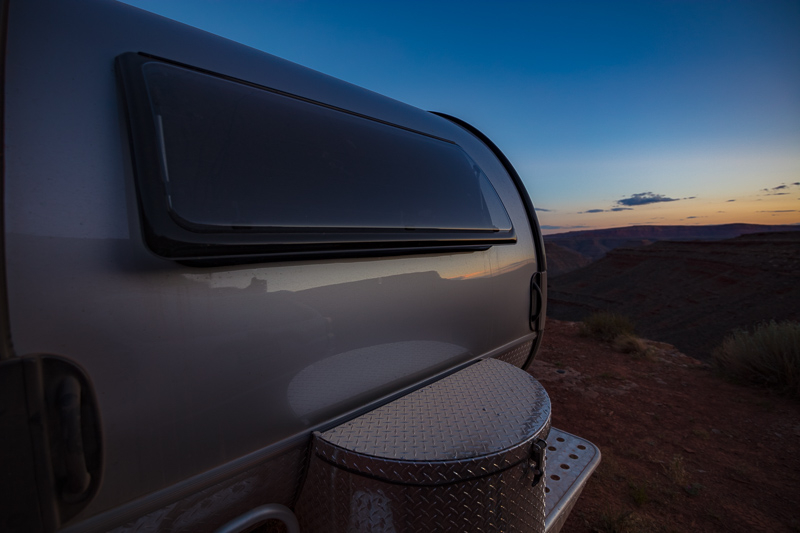 Milky Way over Cedar Point in GCNRA, lights of Kayenta, AZ on horizon, Jupiter just above core of MW: