Re: Corrosion of Alde Convectors

Yesterday I decided to tackle changing my long-neglected glycol. Although I originally anticipated this to be a relatively straightforward procedure, the recent concerns about corrosion of the aluminum fittings prompted me to do a little inspection in advance of the actual fluid replacement.

I started by disconnecting a few hoses. When that didn't cause the system to turn to dust in my hands, I got a little bolder and kept going. Eventually I removed the hoses from every location at which they were clamped to an aluminum fitting. Here is what I found...

First, the connectors at the Alde itself were pristine, and--as far as I could peer down into them (not very)--there was no evidence of any corrosion or other damage extending into the boiler.

However, every fitting in the convector loop had some degree of greenish salt-like deposits between the rubber hose and the outside of the fitting, and these deposits were associated with corrosion on the outside of the fitting. Some fittings were worse than others--in places where the build-up was greater, it had started to distend the hose, resulting in those characteristic bulges discussed previously.

The good news was that in all cases the corrosion was superficial. The fittings were still solid and the inner surfaces remained clean and undamaged. Here are photos showing the outside and inside of the aluminum connector just downstream of the automatic air bleeder: 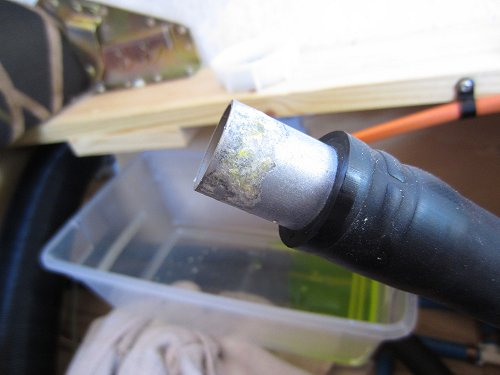 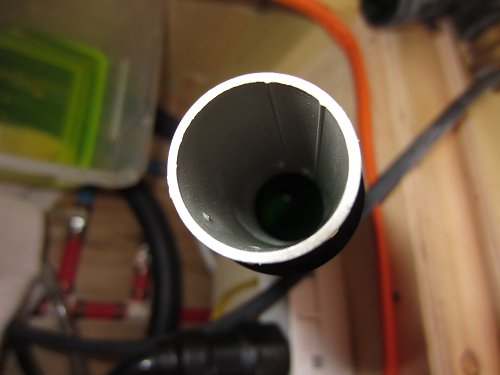 In most cases, the hoses themselves had crystals stuck loosely inside them. Since most of them were disconnected at this point anyway, I took them inside for a good scrubbing out with a soft toothbrush and a thorough rinse with hot water. Here's a typical example: 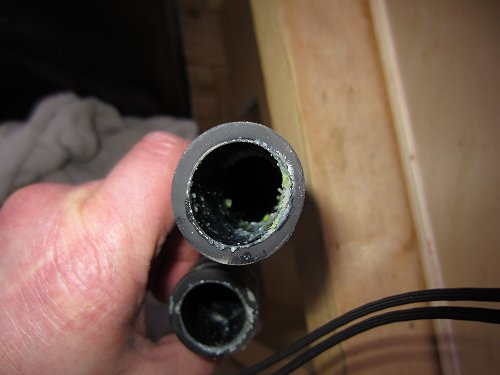 Before reassembling, I cleaned up the affected aluminum with hot water and a scrubby pad. This removed the bulk of the crystalline deposits on the outside of the fittings. Here are before and after pics of the convector under the passenger-side bench: 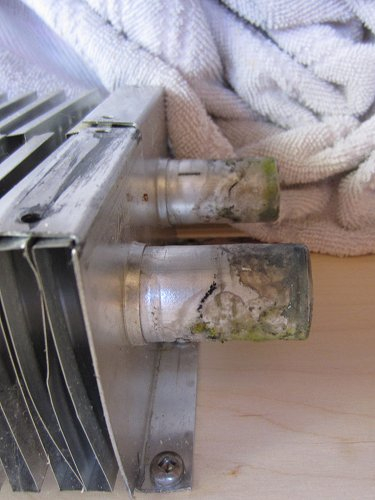 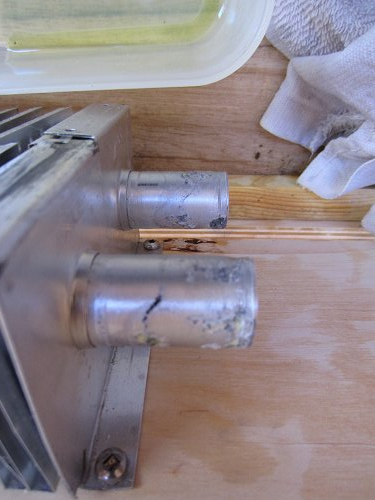 Reassembly was easy enough, and no leaks were evident after refilling the system. However, if you attempt this I strongly suggest noting which hose goes where. Careful attention to this detail will result in you only having to reassemble the system once.  ;-)

If you are interested in reading about the actual glycol replacement, I've posted the details of that job here. 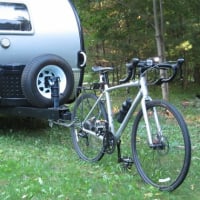 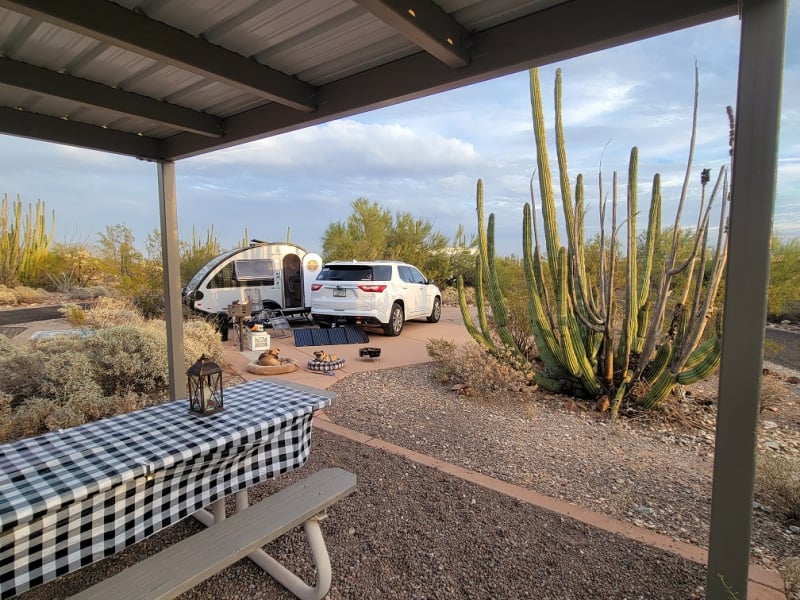 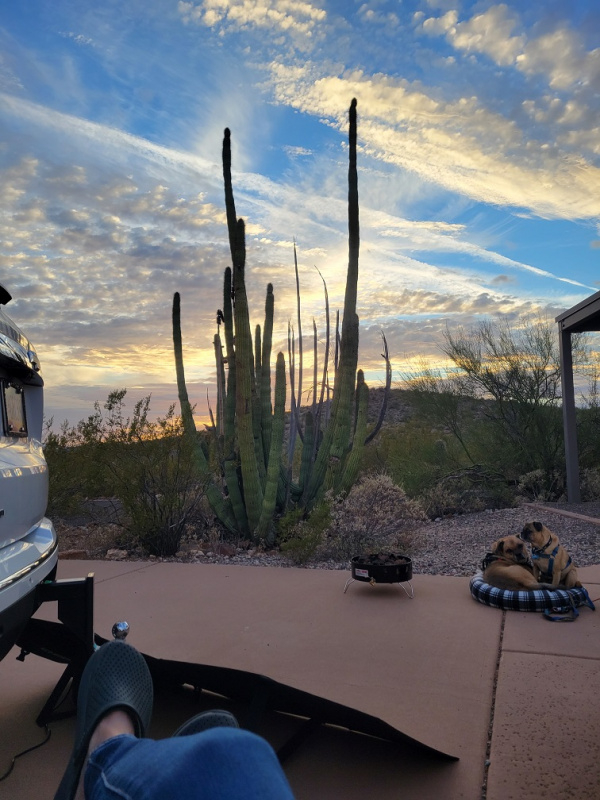 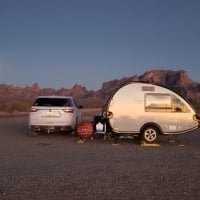 Enjoyed a nice sunset from our TaB400 the other night: 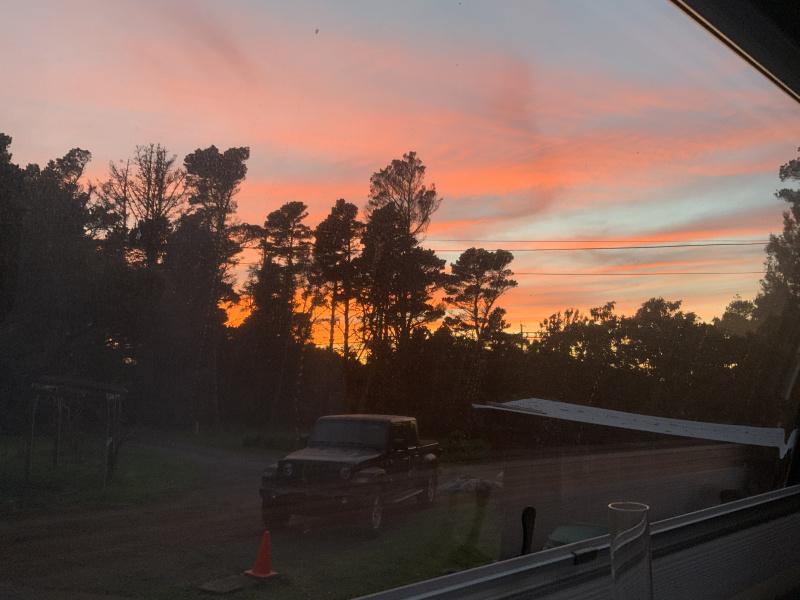 Some of you may have noticed recently that photos inserted into comments are occasionally rotated 90 degrees.

Vanilla has finally incorporated automatic photo resizing. Admins can set a maximum dimension, and over-sized photos will be automatically reduced upon uploading. Keeping photos to a certain size limit really helps when viewing the forum on slower internet connections, but with cell phones and other devices taking increasingly higher resolution photos, it's sometimes hard to prevent those large files from clogging the bandwidth.

Currently the only solution to this is to resize photos yourself before uploading. There are many tools available to do this. Photos that do not exceed 800 pixels in either dimension will not be resized and should display normally.

I’m SO excited to be able to go to my first [email protected]! I’m registered, now to wait for site info! This retirement stuff sure has its advantages! 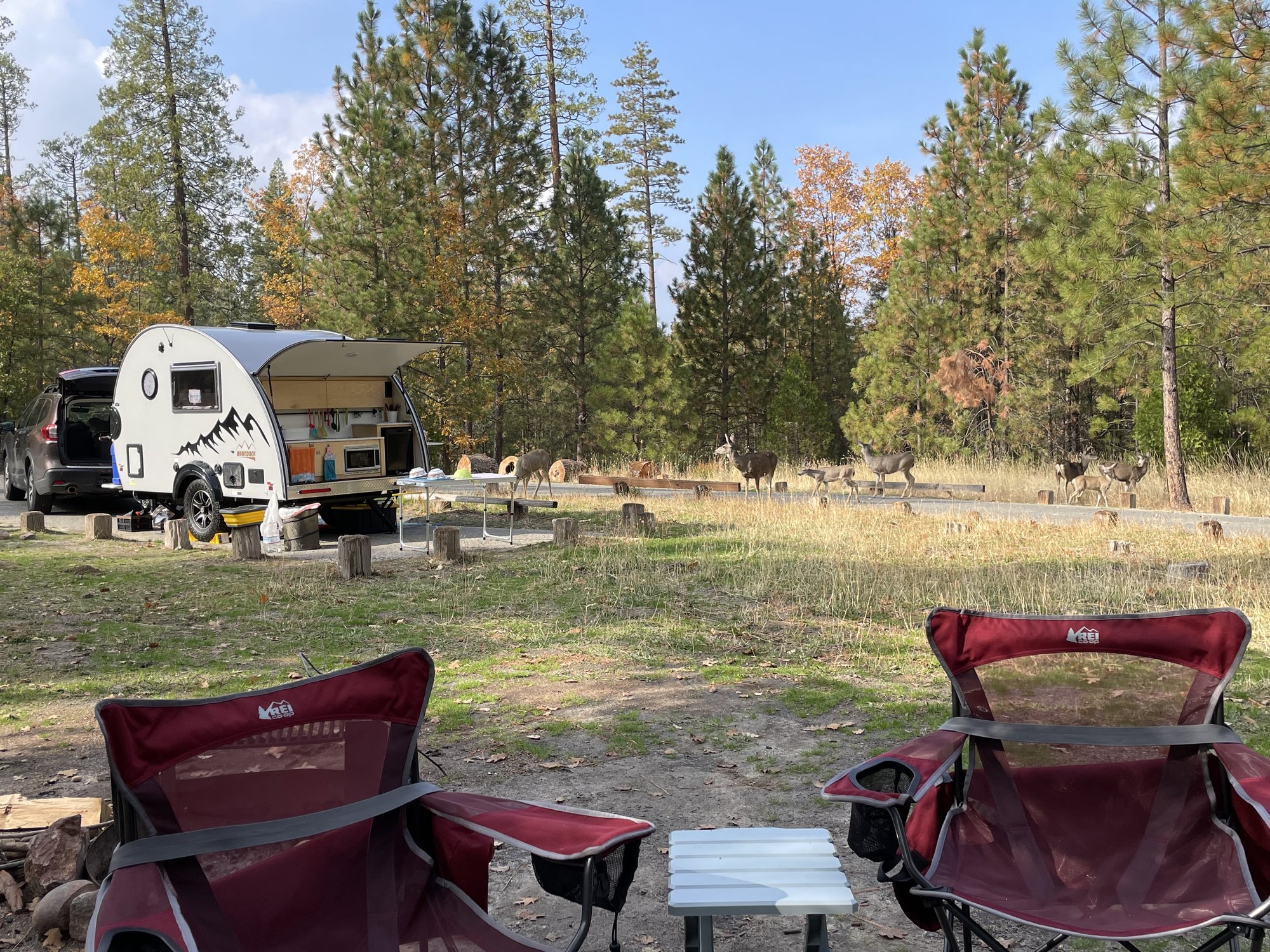 Lupine FS Campground by Bass Lake, Yosemite. Lots of deer, ground squirrels, owls, turkeys, and a giant size cat that faked us out as a cougar at first, but no bears...phfew! 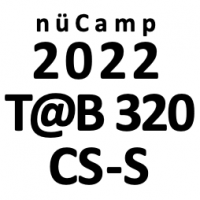 Here in Elkford, British Columbia it is not really what is considered “camping” weather but non the less here is our 400 pitted in for the winter. -28 C today so we are definitely jealous of those of you that are lucky enough to be in a warn area…….but it is a great day for backcountry skiing 😀

Wishing you all a wonderful 2022 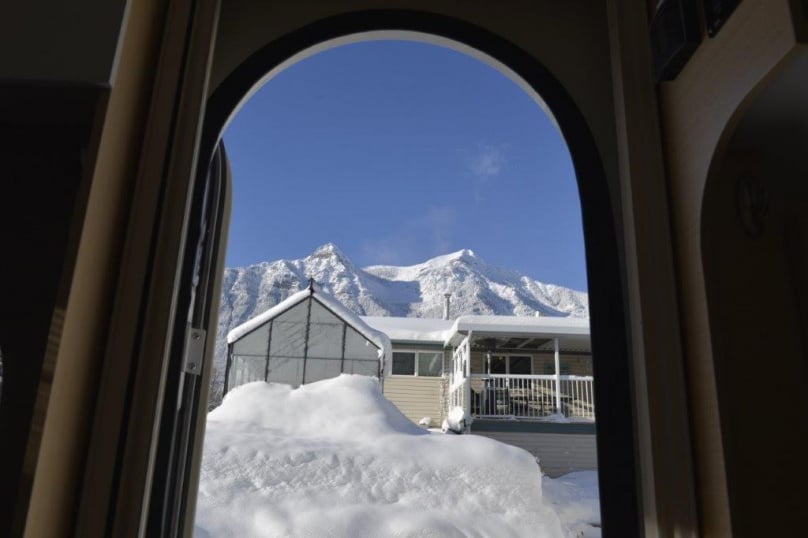 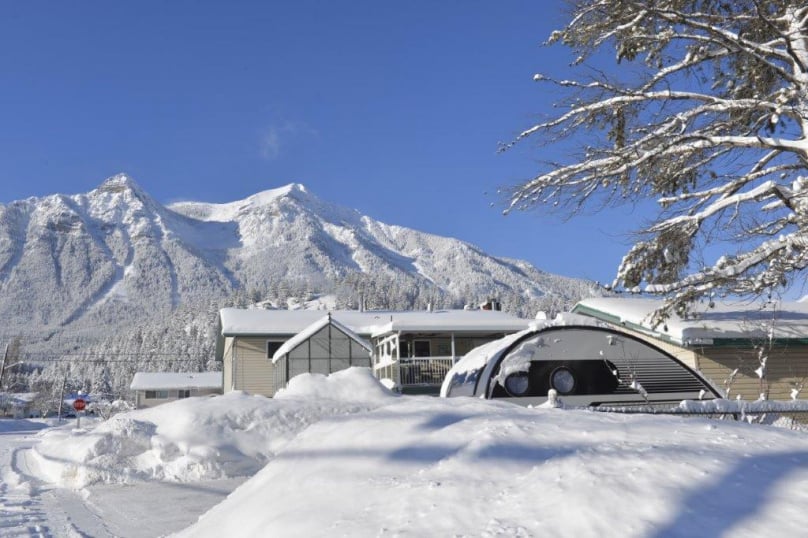 Marjimae said:
Susan, I camp in state parks with no hookups and also want to be able to use the fridge and have hot showers. So far, I’m adding a 100w portable solar panel to my setup. I’m about to replace the original battery with a SOK 100ah lithium battery. I was worried about finding a battery box to fit it but read that it’s not necessary for a lithium battery as it has a sturdy case and no leakage problems. Hope that’s true.  For now, I will put it in the battery/propane box, but might consider moving it to inside my 2019 [email protected] 320 cs-s for security. I would have to have it done as I don’t have the skills to do it myself.

@Marjimae - it is absolutely the case that lithium batteries don't leak, nor do they give off gasses as lead-acid batteries do. Since there is nothing to leak, they do not need a battery box, and they may be mounted in any orientation.
That said, I put my BB 100Ah battery in the battery box that my flooded-cell came in and left it in the storage box, simply because it was the easiest and most convenient way to install it. I also mounted my Smart Shunt on the top of the case, again because of ease of instillation. I do need to figure out a way to make it more difficult for malefactors to enrich themselves however.
We have so far only dry camped as part of Harvest Host stays, so our experience with the new battery is limited to only a day or two off-grid. The Li battery has performed well on those occasions though, and I have not even had a need to to set up our Renogy solar suitcase. We have some longer dry camping planned for the Fall, but I'm confident that water, not power will be the limiting factor. 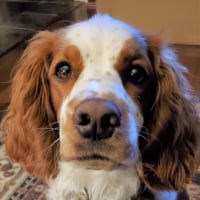 Family vacation summer 2019 in British Columbia wine country with Buzz our tab 400, Lulu the dog is enjoying the sunshine she misses camping this time of year.
Merry Christmas from Northern BC 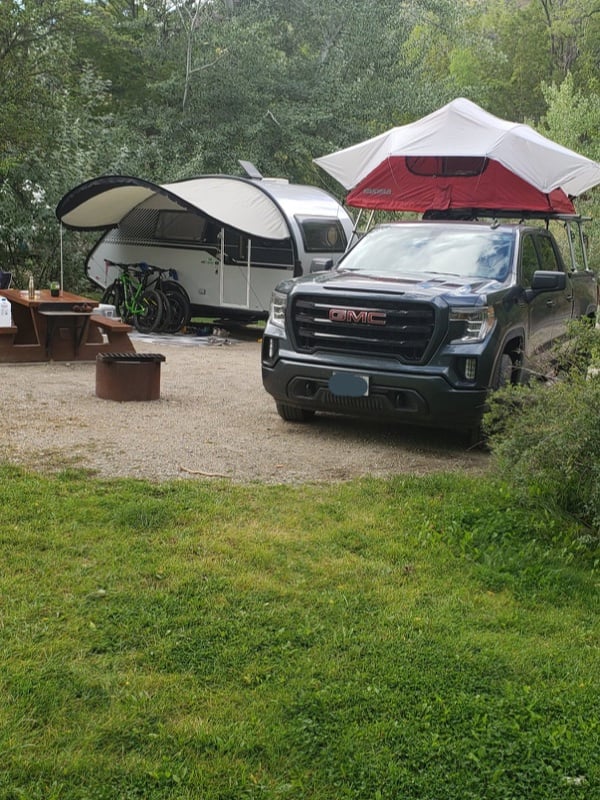 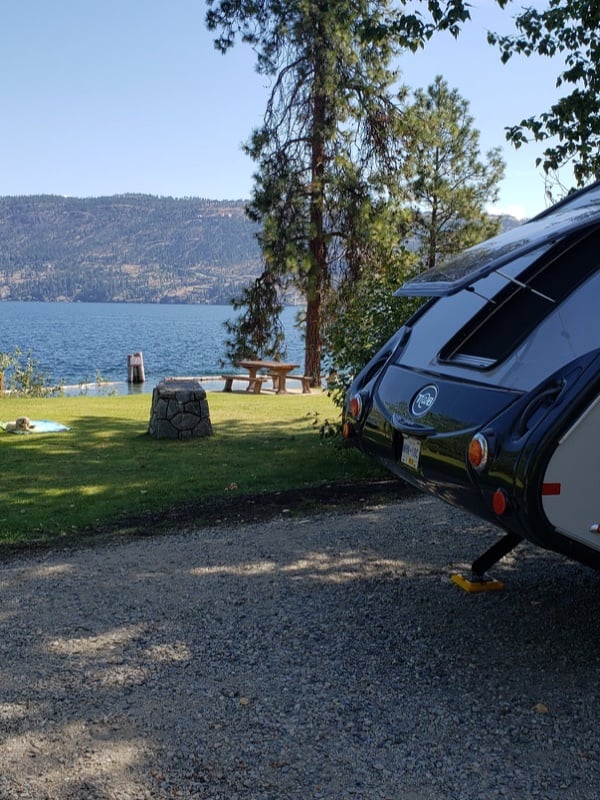 This is what I have come up with for a solar panel holder, using a telescoping ladder cut down  and will install the solar panel and antenna on top , it will be mounted on a turn table,the ladder is about 15 pound 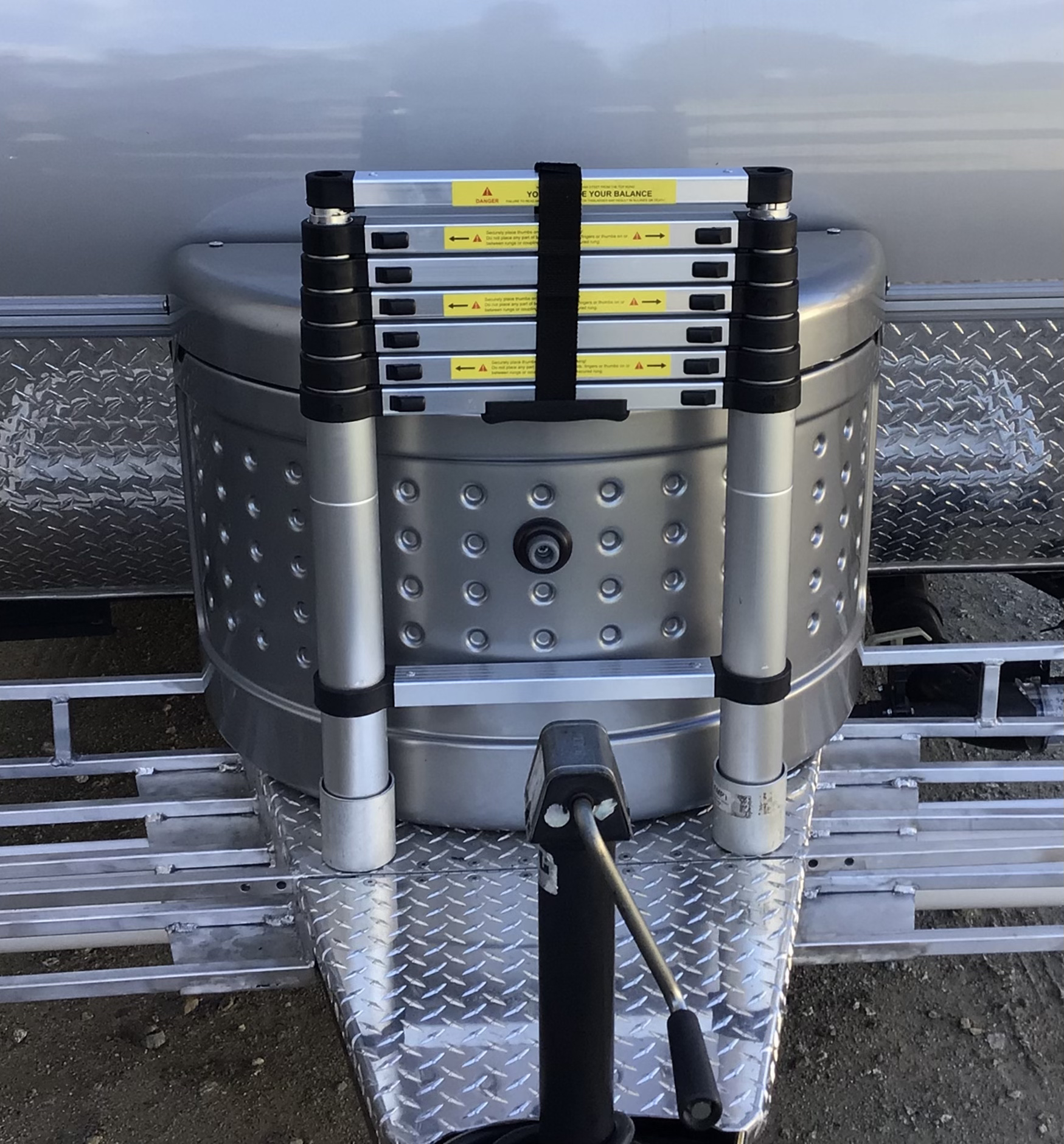