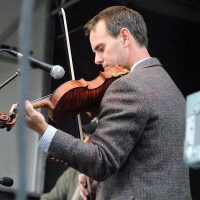 Hello everyone. We have a 2019 Tab 320 with a factory installed solar panel. The Tab came with an Ultrapower R24 marine battery that has a sticker on it saying its reserve capacity is 125 minutes at 25 amps.

We are the people for whom these stock batteries are intended.  We typically camp with electric hook-ups, and our dry camping rarely extends past a day.  We also have the luxury of storing the 320 in our garage. So it’s nearly always connected to power.  Batteries and solar power don’t often figure into our camping experience.

For 3 days this week we went dry camping, with good sun exposure.  We have no battery monitor, so we started cautiously using the battery - no Alde, fridge on gas, limited use of lights and fan. The solar panel seemed to have no trouble keeping the battery fully charged with our conscious attention to consumption.  On the 3rd night, I decided to push it a little.  We ended the sun-day with a battery over 13 volts.  That night we ran the MaxxFan all night at maybe 40%, used cabin reading lights maybe 3 hours, used the water pump for flushing and brushing teeth but little else. We also charged an iPad and an iPhone.  In the morning I read the battery charge using the Victron Connect app on our solar controller - it was 11.97.  I was surprised it was that low - we hit the 50% capacity limit from what I understand. On reflection maybe that’s what I should have expected.  I know you don’t want to regularly run the battery this low if you don’t have to. 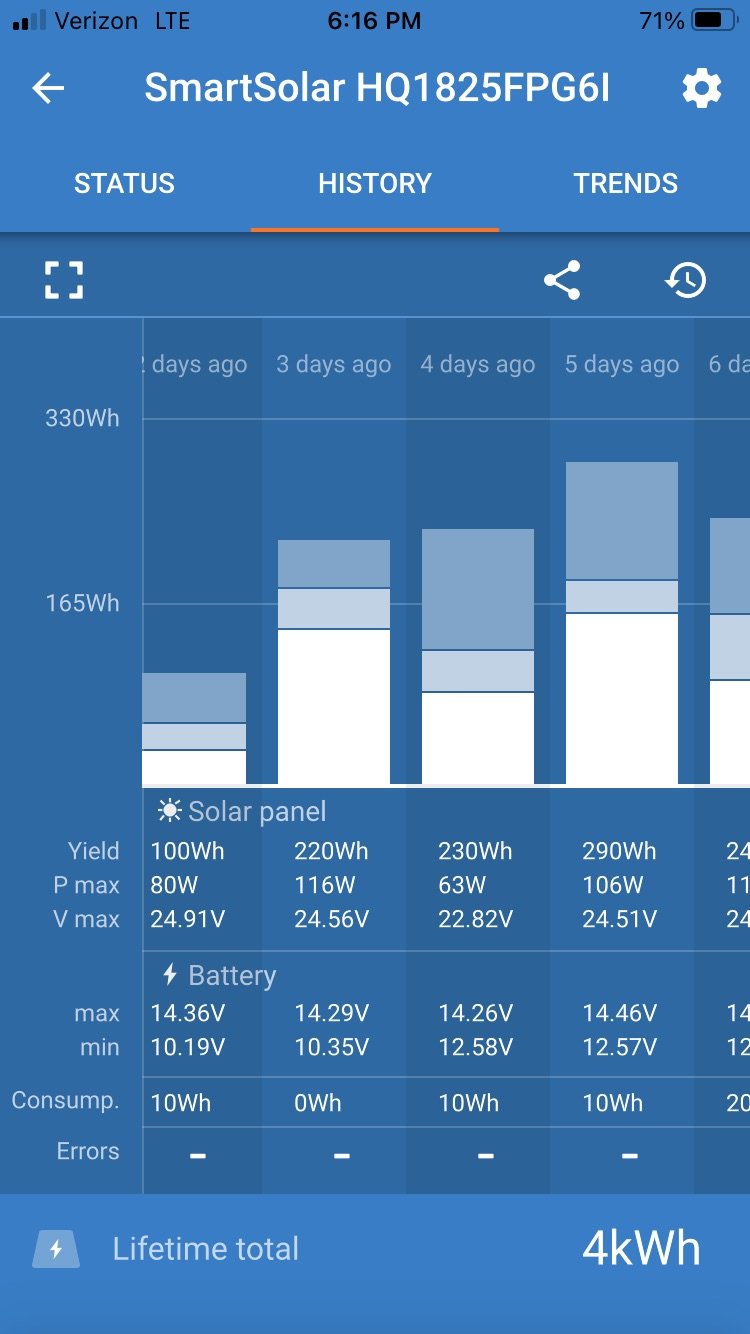 What scares me is the “low” battery voltage readings near 10 volts on two of the days.  If that’s right, wouldn’t I have ruined my battery?  The column labeled “3 days ago” was the day that ended with a full battery and started my aggressive experiment with our overnight power use.  The column labeled “2 days ago” was the morning I awoke having drawn our battery from +13 volts to 11.97 volts and towed the camper home.  Back at home I had a full +13 volt charge, and all is apparently well.  Every time I’ve checked the battery with a voltmeter at the battery terminals it has registered the same as the voltage indicated on the Victron app.

So, what accounts for the low voltage readings?  Also,what accounts for the “consumption readings” of 10Wh in 3 of the columns?  If our bulk and absorption periods totaled about 170Wh in “3 days ago”  does that give me a rough indication of how much energy I drew from the battery during the prior day (assuming no other charging from A/C or the tow vehicle and low power use while charging with the solar panel)? Does the low bulk and adsorption total on the “2 days ago” indicate I was getting a significant charge from the tow vehicle (the sun was bright driving south that day)?

Thanks for your thoughts on this!