Danby not Cooling as it should 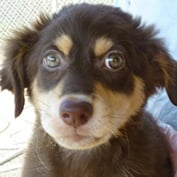 Sneakle Member Posts: 97
August 2019 in Air Conditioning & Refrigeration
Florida panhandle on a very hot day.
Right now I’m sitting inside my TAB with the Danby AC on. It’s 98 outside and I’m holding at 93 inside after over an hour of runtime.  I wonder if, like some home ac units, the coils can freeze and require thawing before operating normally? Same problem yesterday until later in the day when outside temp dropped to 80s and was able to get to 75 with the Danby.