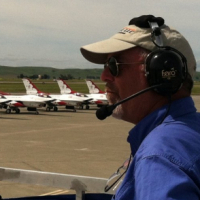 AirBoss Member Posts: 138
February 17 in Introductions
FInally got an opportunity to get the 2020 [email protected] 400 out for a spin this weekend. I'd welcome imput from all you [email protected]'ers and perhaps some of this may help others who are new to this community, like I am. After all, seems to me that's why we're on here! Please keep in mind it's a check out ride and that, yeah, these are all First World Problems.

NODS:
All in all, it's all good. Obvious nuCamp put a lot of thought into this unit.
Rock solid construction, top-shelf materials and workmanship. Connections for power, water, sewer all went well. Did notice the shore water connection was bit tempermental and a bit difficult to tighten given how close it is the fill for onboard H2O.  NOTE: if you use an inline charcoal filter with a pressure reducer (highly recommended BTW), make sure you let it run for a minute or two BEFORE you connect to the trailer, otherwise you're pushing all that charcoal thru the trailers H2O system.

Dinette conversion was very easy. Shower/bath performed as expected but more on that in a minute. Range is fairly powerful, though an autolight would be welcome. Easy to clean, tho. Fridge ( I have the large 3-way) worked flawlessly in gas and 110V. Sink is fairly easy to work with, tho I'd welcome a removable faucet head so you can spray down the sink as a handheld.

Microwave worked as expected. Storage and cubbies are well placed and serviceable. Bed was awesome! I did add a 3" Temperpedic-type pad but even so, it's a dream.

FWIT, my RV storage folks are awesome. It's "valet" in that I call a day ahead and they stage the rig, fill with H2O, start the fidge, fill propane, and all the usual prep stuff so all I have to do is show up, hook up, and out the gate I go! Towed rock solid behind 04 Tahoe Z71 without anti-sway bar.

NITS:
OK, not really bad in the grand scheme of things but had to keep the Clint Eastwood theme going. I'm a bit of an audiophile and found the Jensen unit a bit disappointing. FIrst, no Blu-ray? Seems short-sighted given that standard DVD's are the Beta/VHS tapes of the 21st century. This Jensen does not have a "DVD" setting in "Mode." So, you load the disc and supposedly it recognizes that and switches to DVD. Not so much. Had to reboot the unit several time, load, reload, then reload again at least 5 times until it finally loaded the disc. Kept showing "Loading" but nothing, even after 60-90 secs.

Will be installing an A/B coax switch so I can connect to park cable or use OTA HD antenna with little effort.

Why have three "Zones" but Zone A powers all three zones? It takes just as long to wire the unit with three zones during contruction that it does to tie all leads to Zone A. Yeah, I know...there's a fix or two out there on this forum but just questioning why not wire it properly from the get go. Bigger issue, the Blutooth was a disappointment. More often that not, my Samsung S-10 woud not pair, even after removing my phone from the Jensen and removing the Jensen from my phone...essentially starting over. Still, no joy. As I write, it will not pair. And given that the USB port on the Jensen is directly above the fridge, it's basically useless, unless you have a long USB cable or a holster to mount next to the unit. And frankly, who want's that? Like to have my phone with me or at least sitting around, rather than teathered to the wall.

Noticed the front and read windows do not line up correctly. Rear window: bottom latches (red buttons) line up OK but a couple side latches either don't reach their target...they come up short by 1/2in or so, or are so tight to the clasp that the latch goes behind the clasp. Front window is even worse: Bottom center latch doesn't reach it's target at all; trailer left side one is too close to target and ends up latching behind the clasp; one on trailer right doesn't reach its target.

Tricks to keeping the lid/seat to the head up with the curtain gathered behind it? Tried a couple things that worked OK but not 100%.

Learned that sliding the shower curtain by pushing it along at the very top is better than trying to close the curtain using the curtain itself.

And yeah, what to do with the fifth dinette cushion when in dinette mode. Back of my Tahoe is likely spot.

Didn't have the occassion to try the Air8 A/C unit but as we know, there's more on that elsewhere on this forum.

USER ERROR! Note to self (and others), be SURE to move the sink faucet AND the hot/cold tap all the way down into the sink before you close the lid. Got lucky in that the GF stepped into the trailer and opened the cover to find a FULL SINK and still running! Yikes! Overflowed just slightly. So, we got a chance to flush the gray water tank! Whew!

Fully expected the Black Water Flush to exit back thru the sewer line given that the directions say to ensure the valve is open. Where exactly does that water go? ;-)  Again, likely user error.

Anyone have an idea on sun reflectors for the front and rear windows, similar to those we use in our vehicles? Maybe reflective film that doesn't mess up the views? Looking at options but throwing it out. Seems it would cut down solar radiation into the unit.

That's it for now. As I said at the start, all in all, a very nice rig and looking forward to wearing this thing out!!

Cheers to all and hope you can "Get Out There!" as often as you wish!