Our windows on the new Tab 400 wont close! 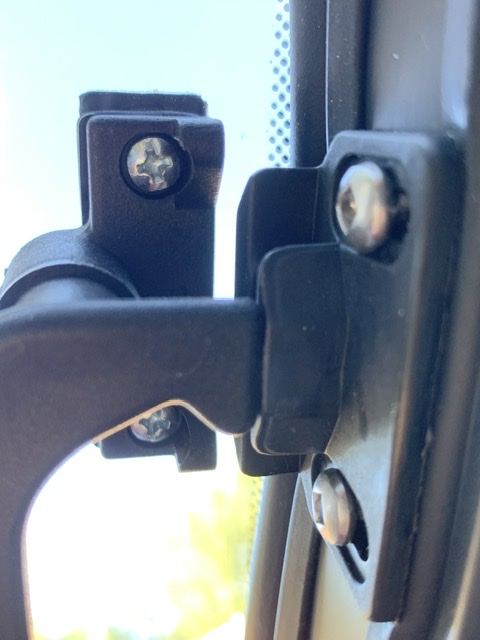 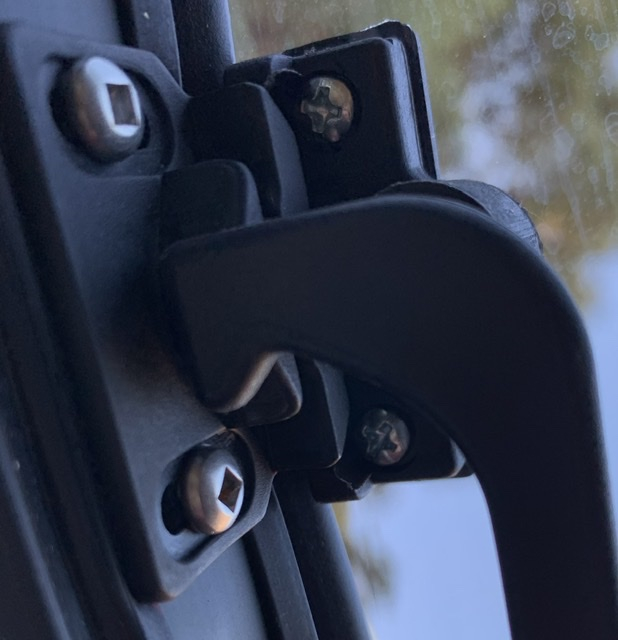 We took our Tab on the first real overnight camping trip last week and realized that our windows will not properly shut.
Our Tab has been in the driveway and was used several days as an “office” so the windows have been opened and closed many times. We noticed in the front and star gazer window we were having a harder time getting the windows to latch. On the front window we went to using to middle section to latch-what nuCamp calls the venting position.
Now we cannot get the front and rear to close properly at all.
Look at the pics from the stargazer and you’ll see the left window latch closes while the right latch doesn’t go far enough to the right to latch the window. The right latch simply closes beside the latch edge.
Is there a simple adjustment we need to make or is this a dealer repair?
Thank you.
Xdr&mer
0 · Share on Google+ Share on FacebookShare on Twitter