BrianZ Member Posts: 1,382
August 2018 edited November 2019 in Air Conditioning & Refrigeration
This little project started with trying to mount a new indoor/outdoor thermometer that requires running a wire to the outside for the outdoor sensor.  I thought our best option might be to find a path through the A/C cabinet which has two openings to the outside.  I removed the wood trim frame around the A/C unit to get a look inside the cabinet & got this view.. 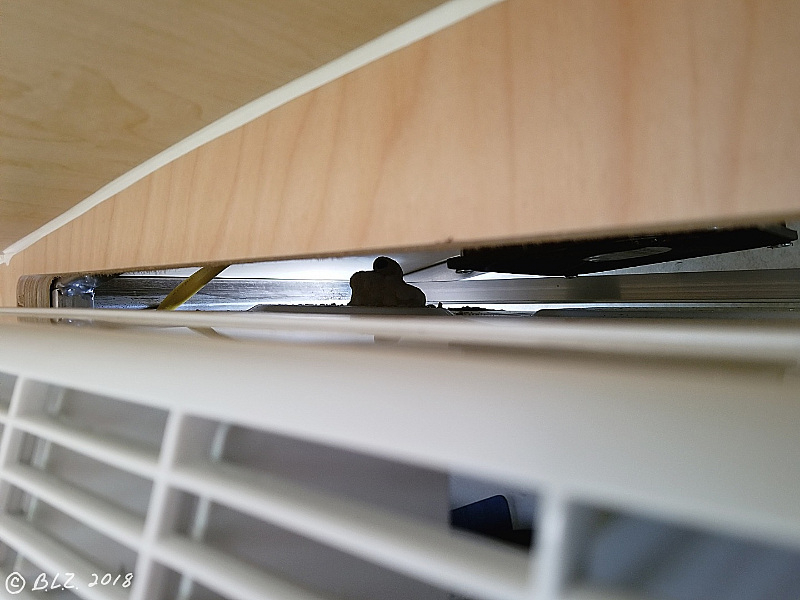 I could see the dark fan at right mounted on the ceiling under the roof vent, but what's that lump sitting on the A/C unit to the left of it? 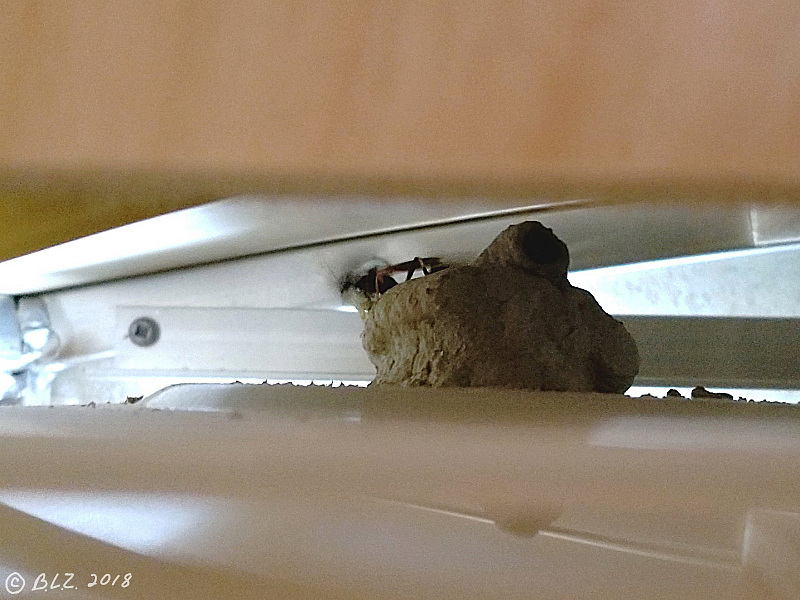 A closer view showed a mud dauber wasp sitting atop his castle, but how did he get in there with screens inside both the roof vent and the side wall vent?  Upon inspecting the outside vent, I found the upper right corner of the screen was loose where it had either been poorly installed, pushed loose somehow, or there was a failure of the adhesive on the 4 pieces of aluminum foil tape used to secure the screen.

I had to remove the 4 screws in the vent cover on the outside driver side wall, then cut through the caulking around it, before I could pull the cover off.  The loose edges of the tape did not feel sticky at all, like it had dried out & lost its adhesion.  Then I went inside & sprayed the mud nest with wasp spray aimed through the opening in the cabinet.

(Advice: wear gloves & eye protection, move seat cushion, and have a rag handy, so when some of the spray hits the cabinet & starts running down the side of the cabinet & is about to start dripping on the seat cushion, you won't need to catch it in the palm of your hand. 😉) 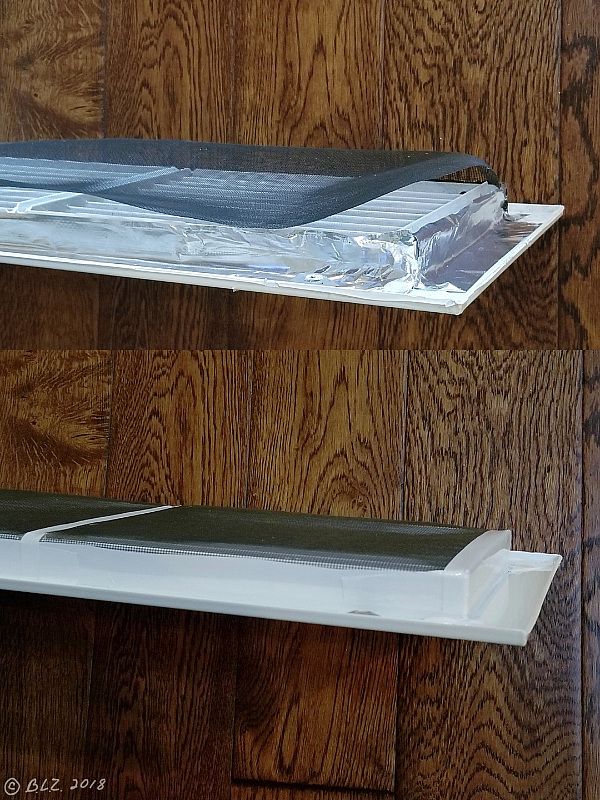 Above are the "before & after" shots after removing all the old foil tape, and replacing the screen using a single long strip of 3M white duct tape wrapped completely around the vent & overlapped for strength.  I also added pieces over the top of the screen behind metal frame supports at the ends & in center, to prevent the screen from being pushed in. 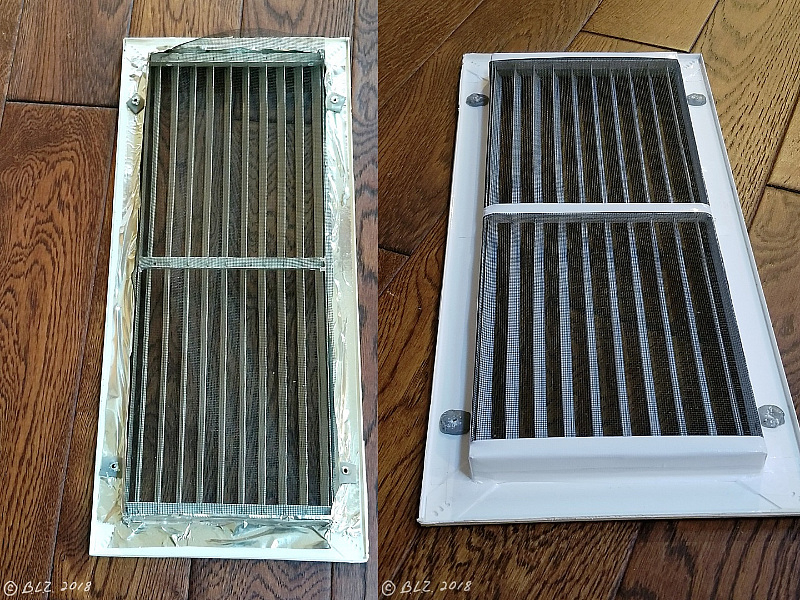 Another before & after view.

The cover is back on, but I'm not sure yet how to deal with removing the nest, but suggestions are welcome.  It's at least a couple inches tall, while the opening is only about 3/4", so it would have to be broken up whether the unit is removed or not.  Also not sure how to remove the A/C unit either, though that seems like what needs to be done for cleaning, as I wouldn't want any mud to end up in the drain pan drain tube.
By the way, the wasp was out running errands when I sprayed, and afterwards I observed outside from a distance & saw him return & fly around the opening without the vent cover, but he was repelled by the odor, despite trying several times to enter.  After an hour or so I reinstalled the repaired vent cover.