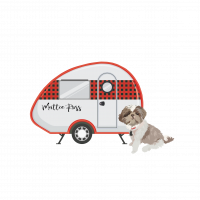 jkjenn Member Posts: 6,123
November 2015 edited November 2015 in Battery/Electrical & Solar
The new 2016 [email protected] that are starting to come off of the line now and make their way to new owners have a battery monitor installed by the factory. Kudos to LG and PV for addressing this helping owners have a better understanding of their battery health. I am not familiar with the monitors included and I look forward to feedback from new owners.

Many of us with older [email protected] have relied on inexpensive cigarette style battery monitors or tapped into existing DC power to install battery monitors. I realized that I needed something more prescriptive than what the inexpensive battery monitors provided. The monitor I had never really gave me an exact state of charge of voltage because it automatically accounted for either the charge coming into the battery or the draw being pulled from the battery. For example, tonight, it showed around a 12.68v because I had a few lights on inside of the [email protected] I knew I was actually getting 13.6v. I would have to unplug from shore power or solar, during the day, and turn off all DC power draws to get a closer to true readying, and even then, I knew that depending on how I inserted the monitor into the outlet, I tend to get different readings. A lot of people are perfectly fine with this. If you only want that level of understanding, than the cigarette monitor is a great choice for you. I desired something more precise
Choosing the Battery Monitor

I did a little research and found that there were a few good monitors and they were all expensive and required some wiring. Bogart Engineering, Xantrex, and Victron were consistently the most frequently recommended by other RVers and those who do other types of power monitoring. In addition to giving you a more accurate read, these monitors provide you with some additional data to allow you to some analysis of your use.
My research led to the Victron BMV-700. I believe the others were of similar quality, but this seemed to provide the simplest wiring installation, which was very appealing to me. These monitors use a shunt, connected to the negative terminal of the battery. Most of them use an RJ45 cable to connect and send data to the inside display. It is important that there be no other connection prior to the shunt or else the monitor will not capture the data. For example, prior to installing the shunt, I wired my solar ports directly to the battery. Not they come after the shunt. I will now be able to measure how much solar I gained during the day.
Features
The Victron BMV-700 lets you either choose a very simple set-up or choose from some advanced settings. A few monitoring options include:

There are a number of options that let you really dial in your preferences.

I unplugged from shore power, turned the battery switch to off, and unplugged the solar cables. I made sure to cover all ends of the cables with electric tape while working with them to avoid any unwanted, shocking, experiences. Here is how I am currently wired:Fishing the Wire

The installation was not complicated. I used a wire fish tool and was glad that I did. Here were the steps I followed for fishing the wire:Completing the Installation 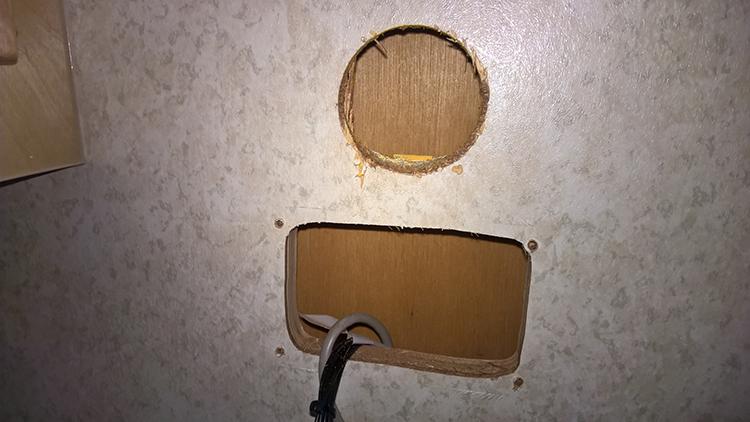 To complete the installation, I:I did not use the provided screws for the mounting plate. I may install them, but the mounting seems snug enough without them that I would like to try that first. I may also use some 3M mounting squares instead of the screws.

Thanks to everyone who offered advice, it all came in handy. I am very pleased with the monitor and believe this will really help me have a better understanding of my battery and how my power usage is really impacting the state of charge. 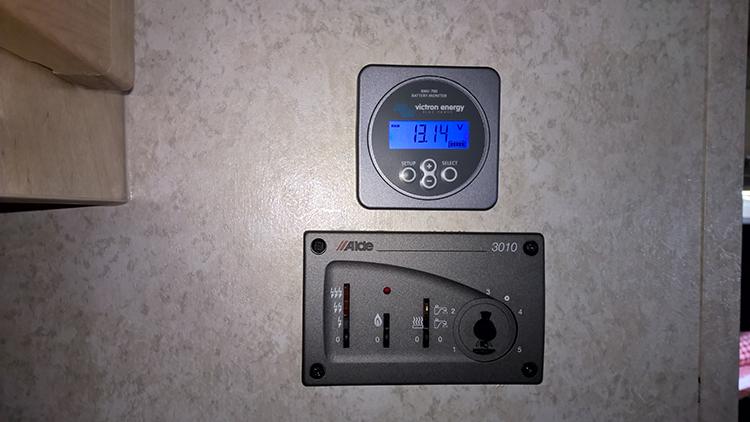