Smoke detector going off without smoke 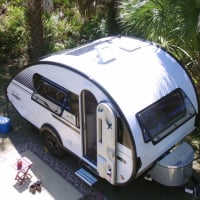 ezusmanis Member Posts: 17
June 2019 in Camping & Travel
Twice now, the smoke detector has gone off in my 2019 TAB 400 without smoke present - once when I was working in it with all of the windows closed and a second time with the windows cracked open while raining outside. Is this typical or a bad smoke detector?
2019 [email protected] 400 BD Lite / '95 4WD GMC Yukon
0 · Share on Google+ Share on FacebookShare on Twitter