BrianZ Member Posts: 1,672
November 2021 in Modifications & Upgrades
In another topic, I had posted links to a couple of videos that introduced the concept of installing an anode rod (like those used in water heaters) inside the glycol expansion tank, in order to help prevent galvanic corrosion in the Alde system.  Here's the link to those..
https://tab-rv.vanillacommunity.com/discussion/comment/172946/#Comment_172946
While this is acknowledged to be an experimental idea, I thought it sounded like it has the "potential" to help with corrosion in the Alde heating system, so decided to give it a try, since I'm already familiar with doing this for our home water heater.
Here is the anode rod I got for this project.. https://www.amazon.com/dp/B07XK6PM39
which I cut with a hack saw to fit inside the tank.
The photo below shows how I prepared the anode rod to fit inside the threaded cap of the glycol tank.  I saved the plastic disk top inside the threaded part of the cap & replaced it with a disk cut from a sturdy plastic bottle. 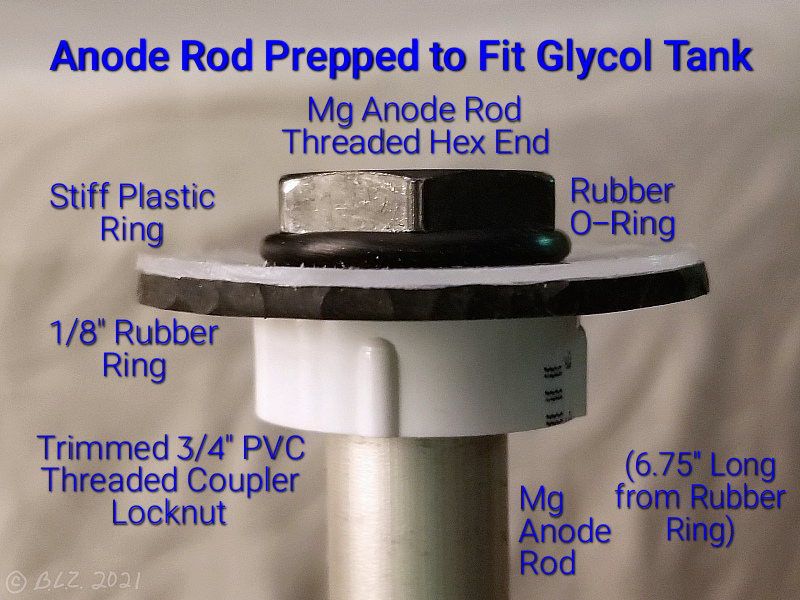 Because it is difficult to solder a wire onto a flat surface (which I roughed up with coarse sandpaper) and get a strong joint, I also mixed up some JB Weld epoxy glue and added that on top fo some extra strength.. 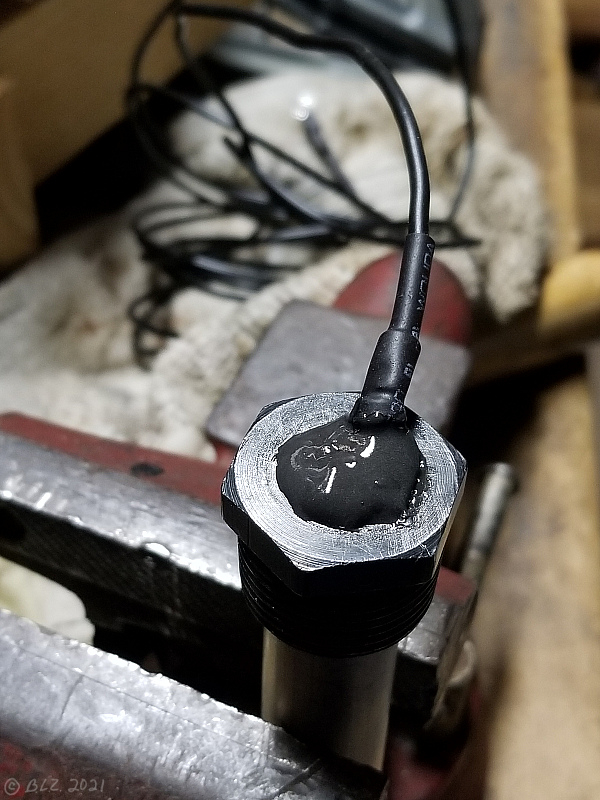 I ran the 18g wire into the corner to the floor.. 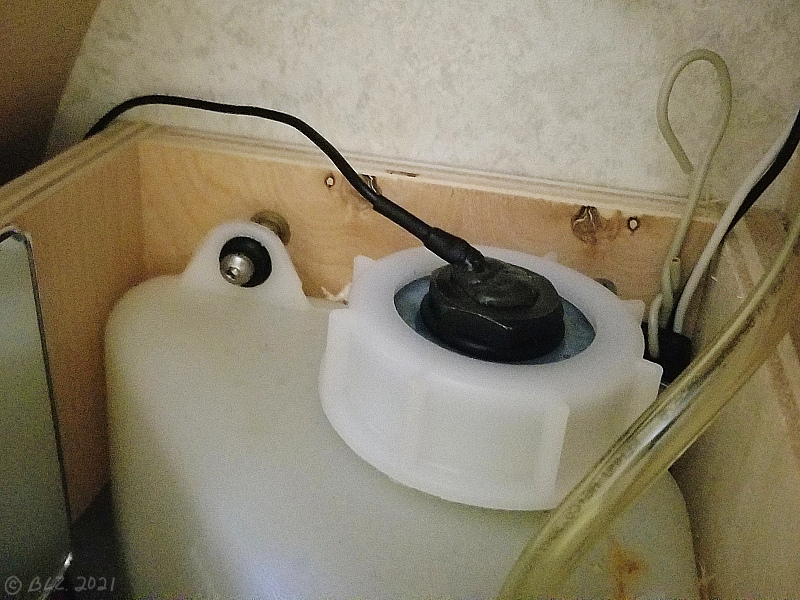 then through the rear storage compartment inside a piece of narrow plastic conduit to keep it from getting tangled up with other stuff.. 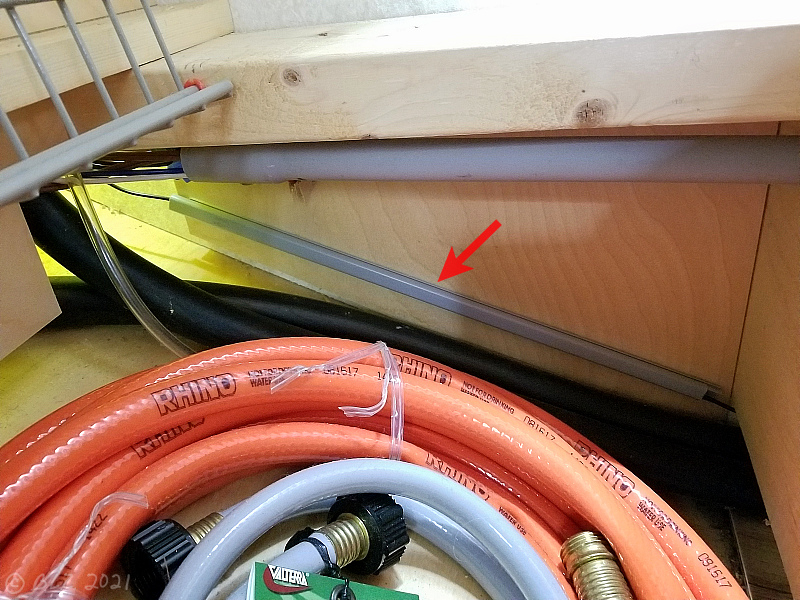 Then I ran it through the same opening as the Alde hoses and into the Alde compartment, again inside a piece of stick-on plastic conduit.. 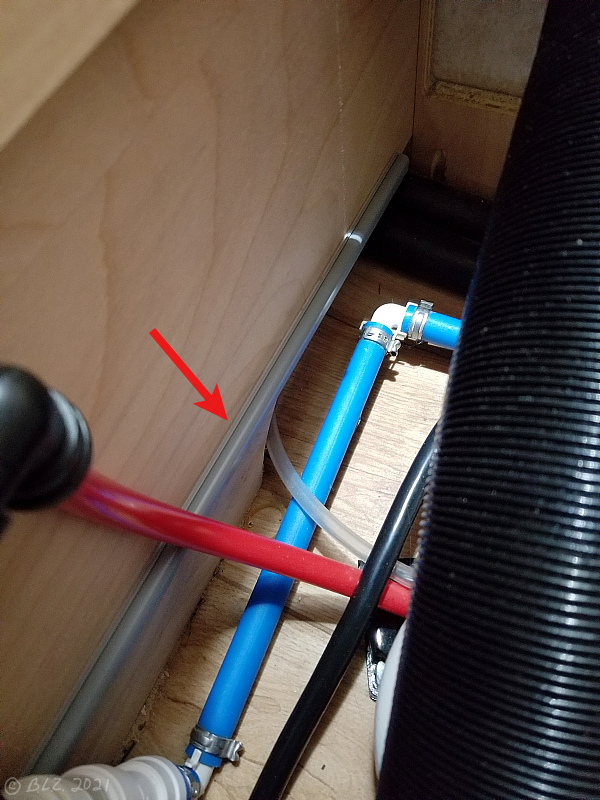 Using another circular wire connector soldered to the end, I fastened it to one of the screws holding the gas line fitting to the Alde chassis.. 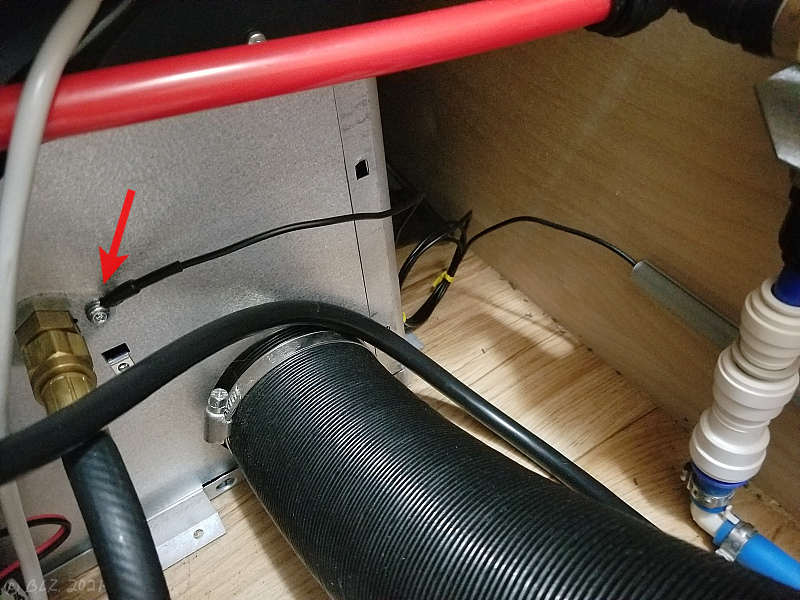 And that's it!
If you do this, and have a voltmeter, before you hook it up, I'd be curious to hear how much voltage you measure between the end of this wire and the the Alde screw.  I'm wondering now whether the reading might be more steady with the glycol circulating.
By the way, did you know that in the past, [email protected] used to have a water heater anode rod?  See the Tab manual link given here by Wanderoo..
https://tab-rv.vanillacommunity.com/discussion/comment/4893/#Comment_4893
I assume this was an anode in the hot water tank itself (and probably not an Alde), as in a home water heater, and not the glycol tank like we're talking about here.  Still, it does make me wonder why the Alde never had one.