TabbyShack Member Posts: 86
March 26 edited March 29 in Heating/Plumbing & Winterizing
Hi, does anyone have any troubleshooting suggestions as to why the temperature adjustment buttons are grayed out?  I'm plugged into my house current right now, but its not showing the little electric outlet icon either.  I checked the circuit breaker, and I pulled the fuse on top of the Alde, but it didn't appear to be blown.  (UPDATE: I just found a video "Travels with Delaney" and I see the fuse I pulled is not the one of the two fuses he checks in the video. I will go out and check those two fuses later)  Circuit breaker was good.

The heat worked before on my house power when I was charging the batteries during winter....I forgot I had left the Alde on the last time I was out camping, so when I went back out about 5 hours later to unplug, it was toasty inside the camper.  Unfortunately the hot water was also on, but I posted about that back when it happened and I was told it wouldn't have done any harm.

So the Alde is not seeing that I'm plugged into A/C power.  Hopefully its something silly I'm forgetting to do. 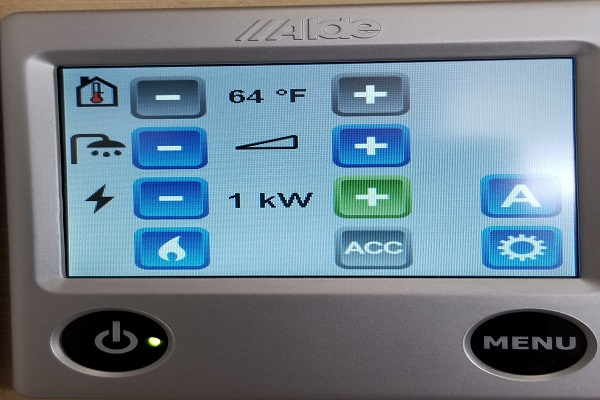